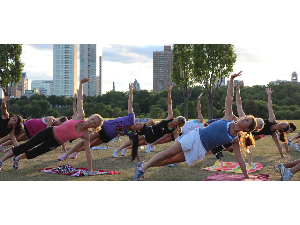 Whether you're looking to get in shape for the holiday season or just want to shake things up in your workout routine, in-home personal training sessions with Destination Fitness will be sure to produce your desired results! Certified trainer and lifelong exercise enthusiast keeps things fun while pushing your physical fitness to new levels! Your In-Home Personal Training. Donated By: Destination Fitness. Value: $350