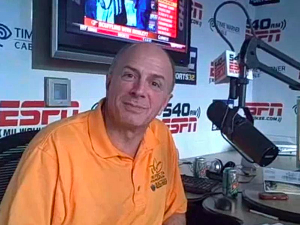 Attention Mega Sports Fans. Not big. Not even huge. This is the MEGA package. Here's you chance to experience a One Hour In-Studio session with Homer & Gabe.
Donated By: ESPN - Good Karma Value: $500