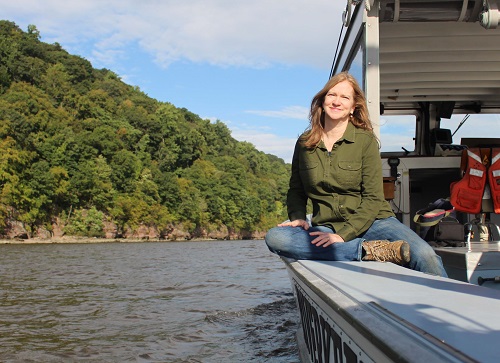 Tracy Brown became President and Hudson Riverkeeper in 2021. She is the fourth person to lead the organization as President since its founding in 1966 as the Hudson River Fishermen's Association. A recognized leader in clean water advocacy, Tracy brings a multidisciplinary approach to Riverkeeper, prioritizing data-driven, community-oriented strategies to realize our mission.

She previously served as Regional Director of Water Protection at Save the Sound, establishing their New York office which delivers science-based projects that protect Long Island Sound and increase community resilience. During her tenure, she integrated the Long Island Soundkeeper into Save the Sound, continuing and expanding upon the legacy of a fellow Waterkeeper organization.

Prior to joining Save the Sound, Tracy worked at Riverkeeper for seven years. She was instrumental in developing Riverkeeper's water quality monitoring programs between 2009 and 2014, and its communications efforts between 2007 and 2009. Among other achievements, she was an architect of New York's Sewage Pollution Right to Know Law, enacted in 2013, which led to a historic state reinvestment in our sewage infrastructure.

A resident of Sleepy Hollow, N.Y., Tracy is a founder of the Peabody Preserve Outdoor Classroom, a nature preserve for hands-on, outdoor education for the students of the Tarrytown-Sleepy Hollow public schools. She has served on numerous boards and policy committees and is currently co-chair of the Water Committee for the Westchester County Climate Crisis Task Force. Earlier in her career she worked in the fields of fine art, web design, interactive media and community organizing. She is a graduate of the Rhode Island School of Design. 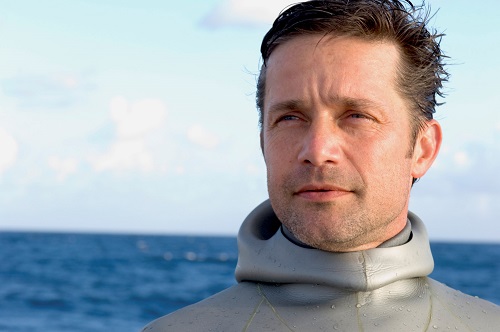 Fabien Cousteau is an Aquanaut, Oceanographic Explorer, Environmental Advocate, and Founder of the Fabien Cousteau Ocean Learning Center and Proteus Ocean Group. Fabien is the first grandson of Jacques-Yves Cousteau, and spent his early years aboard his grandfather's ships Calypso and Alcyone, learning how to scuba dive as early as his fourth birthday.

From 2000-2002, as an Explorer-at-Large for National Geographic, Cousteau collaborated on a TV special aimed at changing public perceptions about sharks, called "Attack of the Mystery Shark". In 2003-2006, he produced the documentary "Mind of a Demon" that aired on CBS. From 2006-2010, Fabien was part of the multi-hour PBS series "Ocean Adventures" with his father and sister, inspired by his grandfather's famous 1978 PBS series "The Cousteau Odyssey".

In 2014, Fabien and his team embarked on Mission 31, the longest science expedition to take place at Aquarius, the world's only underwater marine laboratory. Recently Fabien embarked on a journey to the bottom of the Belize Blue Hole with the Aquatica Submarine team - aired live on Discovery - where they submerged into the mysterious sinkhole to map its entirety.

Currently Fabien spends his time on various ocean exploration projects and is dedicated to fulfilling his dream of making a positive change on the world through his non-profit 501(c)(3), The Fabien Cousteau Ocean Learning Center. Fabien also serves on the board of directors for Riverkeeper. 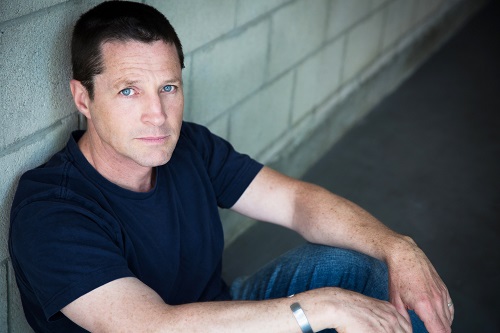 Tim Guinee is a member of former Vice-President Al Gore's Climate Reality Project. He has given climate presentations all over the United States as well as in Canada and North Africa. He enjoys giving talks to oppositional and underserved audiences including such diverse groups as conservative fire departments, Houston oil industry executives, and maximum security inmates. He is also the chairperson of the Climate Reality Hudson Valley/Catskills Chapter.

Tim is the founder of The Climate Actors, a group that educates the acting community by giving actors climate crisis facts and tools to speak with authority on the subject. He serves on the Leadership Council of Riverkeeper, the board of the Ashokan Center (New York's oldest center for environmental education), and the board of Green Product Placement. He also serves on the American academy of Arts and Sciences Commission for the Acceleration of Climate Solutions. Professionally, he is an actor and director. He has appeared in over 250 movies (including Sweet Land - the 1st carbon neutral independent feature film), mini-series and episodes of television and another couple hundred plays.

In 2020, he was awarded the prestigious Alfredo Sirkis Memorial Green Ring Award for his work on the climate crisis by former Vice-President Al Gore.