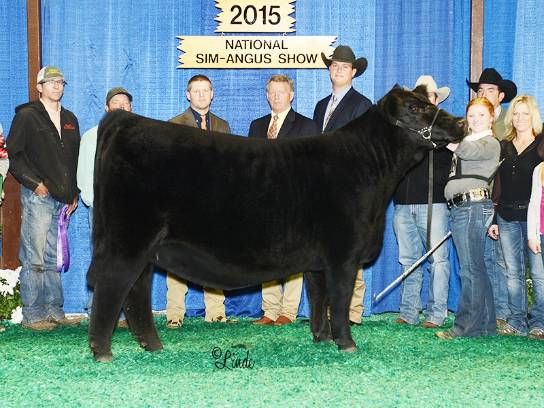 An exclusive embryo mating from the 2016 National Champion SimAngus female, "Bobbi" that is sired by the $435,000 Ruby's Currency 7134E. The resulting progeny from this mating would be full sibs to the Lot 15 female in this sale, as well as full sibs to the $38,000 CHEZ KRIC Limit Up 9656G ET stud that was purchased in 2020 by Rust Mountain View Ranch of North Dakota. Another full sib to this embryo mating is employed at Kearns Cattle Company of Nebraska. Without a doubt one of the most proven matings to come from our Simmental division!