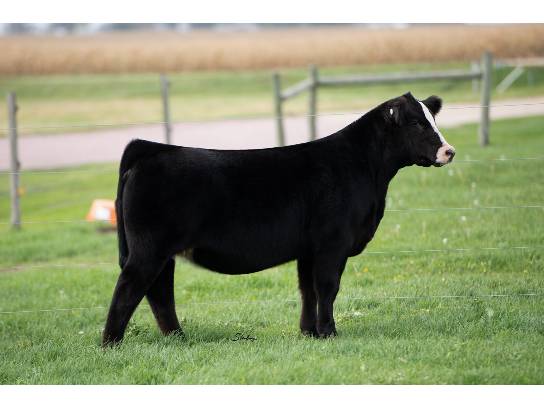 Here is a stunning three-quarter blood SimAngus female that is sired by the $200,000 EC Rebel 156F, a leading herd sire for Freking Cattle and Hartman Cattle. The dam of this bombshell is the renowned J6RA Bada Bing 1602B, affectionally known across the industry as "Bobbi". In 2016 she was selected as the NAILE Grand Champion Percentage Simmental for Chesney Effling. "Bobbi" has evolved as one of the elite matriarchs in the Simmental breed since entering production. We had the opportunity to purchase "Bobbi" in 2019 when she sold at CK Cattle in the Proven Female Sale, where she commanded a $40,000 hammer price. A truly unique opportunity to invest in a Percentage show heifer that has the credentials to be a big time producer!