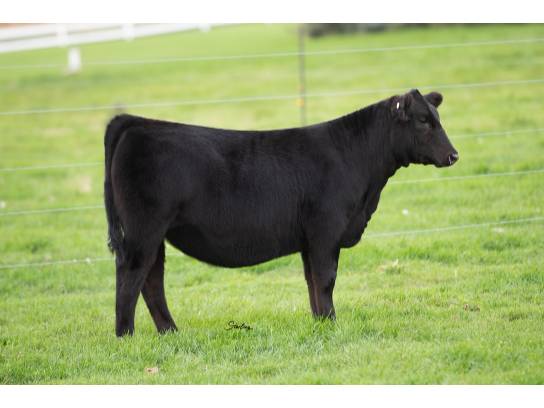 The next female is another direct daughter of the National Champion SimAngus female, "Bobbi"! This three-quarter blood female is sired by the $435,000 Ruby's Currency 7143E, making her a full sister to the $38,000 CHEZ KRIC Limit Up 9656G ET stud that was purchased in 2020 by Rust Mountain View Ranch of North Dakota. Another brother to this female is employed at Kearns Cattle Company of Nebraska. Sleek made, angular about her front end, bold ribbed, and flawless on the move? this female is the real deal!