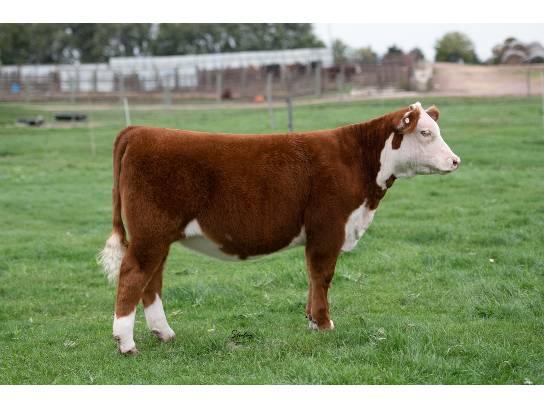 THREE-QUARTER SIB TO GUS! Gus was the barn favorite of Junior Nationals, where he was selected as the 2021 NJHE Grand Champion Bull. Lot 5's mother is a flushmate to Gus's grandmother that we showed in 2016 very successfully. 5580 was the Reserve National Champion Female at Keystone as well as a division winner at the National Western in 2017. A maternal sib was campaigned in Nebraska in 2018 and was the Champion British steer at the state fair. Lot 5 is everything I have been hoping for 5580 to produce in a female. She is stout, big hipped, good boned, while still being attractive fronted for a horned female.