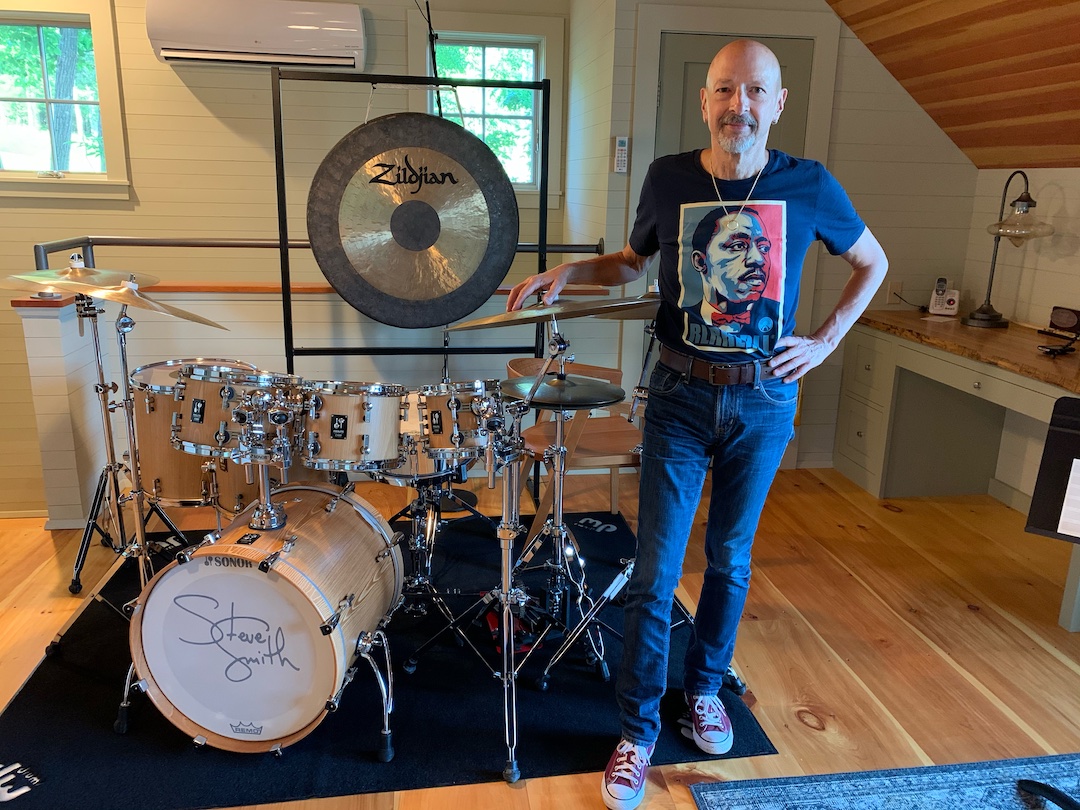 Steve Smith's drumming, while always decidedly modern, can best be described as a style that embodies the history of U.S. music. After high school, Smith studied in Boston at the Berklee College of Music from 1972-76.

In 1976, Smith began his association with jazz-fusion by joining violinist Jean-Luc Ponty's group and recording the 1977 landmark fusion album Enigmatic Ocean. It was while touring with rocker Ronnie Montrose a year later that Smith was asked to join the popular rock band Journey which brought his playing to the attention of a rock audience.

With Journey, Smith toured the world and recorded numerous successful albums including the immensely popular Escape (which includes the ubiquitous hit song "Don't Stop Believin'") and Frontiers, both of which garnered the band many Top 40 hits. To date the Journey catalogue has worldwide sales of over 80 million albums. In 1985 Smith left Journey to pursue his original passion, jazz, and to continue his developing career as a session player. Over the past 40 years, Smith has played on many hits with such diverse artists as Bryan Adams, Mariah Carey, Andrea Bocelli and Ray Price.

Smith's calendar often includes many drum clinics in which he is able to display his techniques and concepts to drumming students around the world. Smith's solos and solid timekeeping served to gain him much acclaim from sources such as Modern Drummer magazine, whose readers voted him the #1 Fusion Drummer of 2012 and 2105. In 2017 Steve topped an unprecedented three categories in the MD poll: #1 Rock Drummer, #1 MVP and #1 Educational Product for his Hudson Music book/DVD Pathways of Motion.

Smith's yearly touring commitments have included the all-star jazz group Steps Ahead and jazz-fusion virtuosos Hiromi, Mike Stern, Bill Evans and Randy Brecker. Since 1983 Smith has led his own group Vital Information, which is currently touring to support their BFM Jazz release Heart Of The City.

Smith performed with Journey  from 2016-2019 and on April 7, 2017 Steve Smith, along with Journey band members Gregg Rolie, Aynsley Dunbar, Neal Schon, Ross Valory, Jonathan Cain and Steve Perry, were inducted into the Rock and Roll Hall of Fame. www.vitalinformation.com