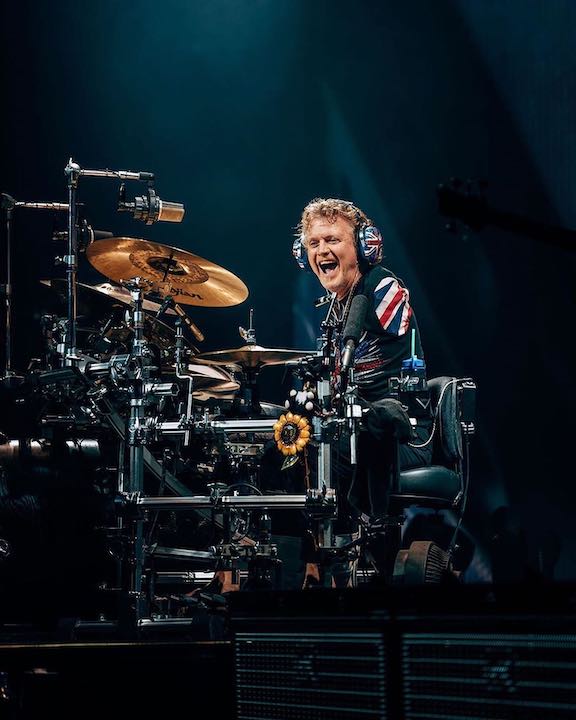 Rick Allen became the drummer for Def Leppard at age 15. At the height of worldwide fame in 1984, he had a car accident that changed his life. Rick lost an arm but turned personal tragedy into spiritual transformation and continued his musical career. While he was already a hero to millions of young people, he soon added millions of new admirers. Since then, Rick has been reaching out and giving support to others all over the globe by sharing his personal experiences and his love of drumming.

Over the past 20 years Rick has reached out to teenage cancer patients, children with special needs, at risk youth in crisis, families of domestic violence and Veterans through his Raven Drum Foundation.

He was awarded the Humanitarian Award by Maria Shriver's Best Buddies of CA in 2002 and in 2012, was also awarded the prestigious Wounded Warrior Project's Carry Forward Award. Rick continues his work helping injured service members dealing with trauma, PTSD and traumatic brain injuries through Raven Drum's Project Resiliency, a program he and his wife Lauren Monroe started after a visit to Walter Reed Medical Center in 2006. Raven Drum Foundation exists to serve, educate, and empower Veterans, first responders, and trauma survivors in our focused effort to prevent suicide through innovative wellness-support programs. Rick, Lauren, and the foundation's partners contribute to global healing and community through advocacy, storytelling, and the promotion of complementary and alternative medicine (CAM).

In 2012, Rick debuted his first collection of light art to raving reviews and continues to launch notable collections of mixed media art and paint on canvas through Wentworth Galleries, which are located across the east coast of America.

In 2019, Def Leppard was inducted into the prestigious Rock and Roll Hall of Fame, where Rick was met with a standing ovation by some of music's biggest names. He continues to tour worldwide and inspire millions with his passion for music and his dedication to serving others.