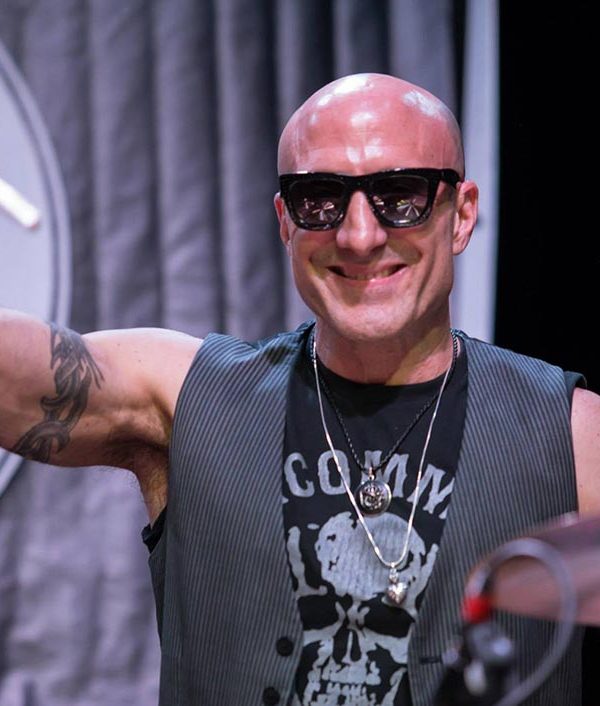 For five consecutive years, the readers of Drummer Magazine have crowned Kenny Aronoff the #1 Pop /Rock Drummer and the #1 Studio Drummer for his unique and emulated style combining finesse and power. The celebrated musician has contributed his talents to more than 60 Grammy nominated recordings. Over 300 million records sold worldwide feature his work-1,300 of which are certified gold, platinum or diamond records!

In his autobiography, Sex, Drums, Rock 'n' Roll!  Kenny Aronoff talks about his childhood growing up in both the Berkshires and Mid-West. At an early age, music inspired him. He studied classical, jazz and every style in between-creating a foundation that evolved him into the versatile drummer he is today, with the talent to play anything. While trying to make it in the music industry in his early 20's, fate stepped in with the audition that would change his life-it was for John Mellencamp. His work with Mellencamp catapulted Aronoff to the top of the charts with hits like "Hurts so Good," "Little Pink Houses," and "Jack and Diane" paving the way for session and recording work for many remarkable artists.