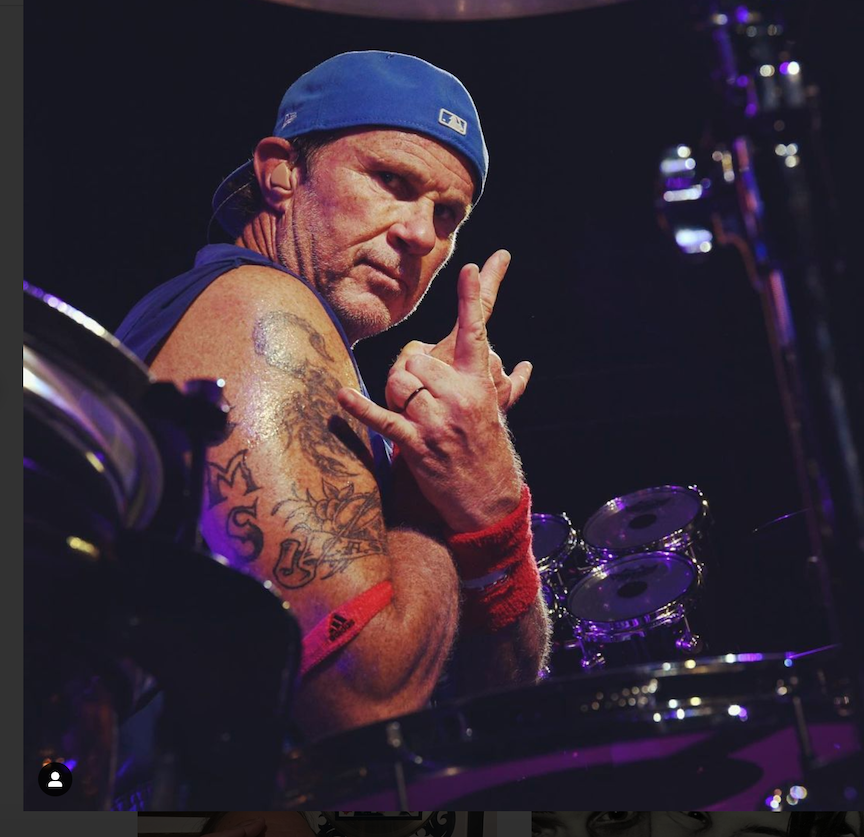 Chad Gaylord Smith is an American musician who has been the drummer of the band Red Hot Chili Peppers since 1988. The group was inducted into the Rock and Roll Hall of Fame in 2012.

Chad pulls off effortlessly one of the most difficult challenges facing drummers, the ability to blend high powered rock with blistering funk grooves. With a personality as big as his drum sound, Chad remains a firm favorite with drummers all over the world.

Whether it was his performance at Woodstock 99 wearing a giant light bulb on his head or in a witch doctor outfit on the cover of Modern Drummer's August 99 issue you remember first, it's hard to forget the infectious beats on such tunes as Give It Away, Higher Ground, Under The Bridge, and most recently Lonely View. Highlighting their contribution to the music video genre, the band was presented The Video Vanguard Award at The 2000 MTV Music Awards and followed up with a blistering performance.

Widely regarded as one of rock music's best drummers, Spin Magazine placed Smith at #10 on their list of the 100 Greatest Drummers of Alternative Music in May 2013. Readers of UK-based Rhythm magazine ranked Smith and bassist Flea the fourth-greatest rhythm section of all time in their June 2013 issue.

Chad is one of the few drummers to have appeared on the 'Simpsons', Aerosmith's Joey Kramer is another.