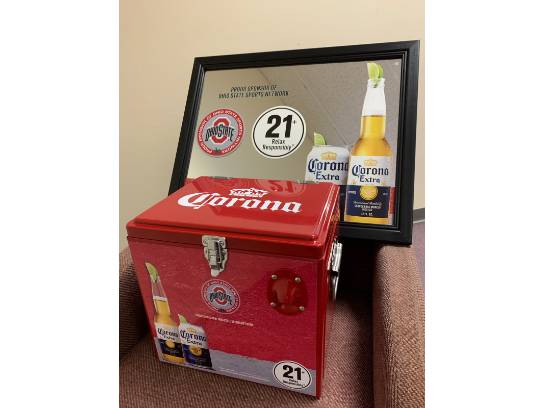 Cheer on the buckeyes with this unique one-of-a-kind OSU Corona Metal Ice Cooler. and mirror.