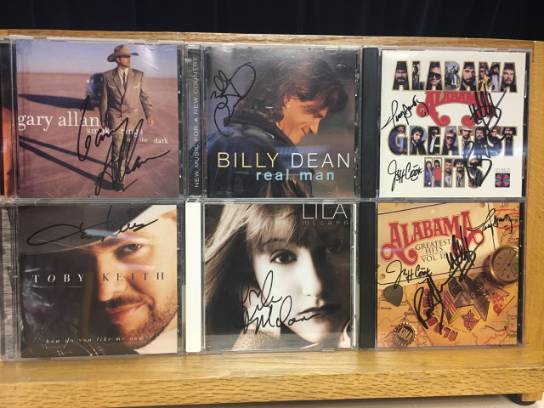 Autographed CD from some of country music super stars: