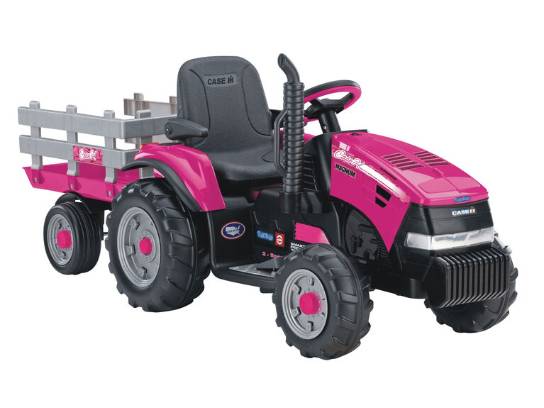 Kids will have the time of their lives on the Case Magnum Tractor in Pink!