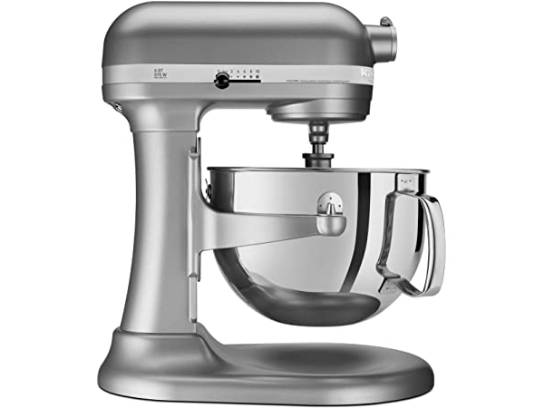 Cook like a Pro with the Kitchen Aid Pro 5 bowl lift stand mixer in silver.