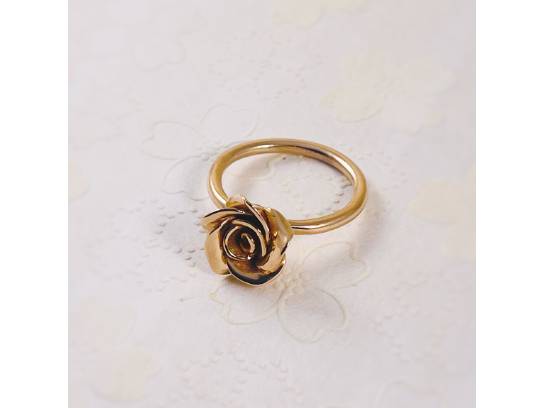 The Rose Ring, handcrafted at the JanetJewelry Studio in downtown NYC, is made from solid 14K rose gold, which compliments every skin tone. Each piece in this Flower Series is individually handmade by Janet in wax, which is then cast in various precious metals, making every jewelry piece completely unique. Made in size 7 (USA), with a rounded, delicate band.