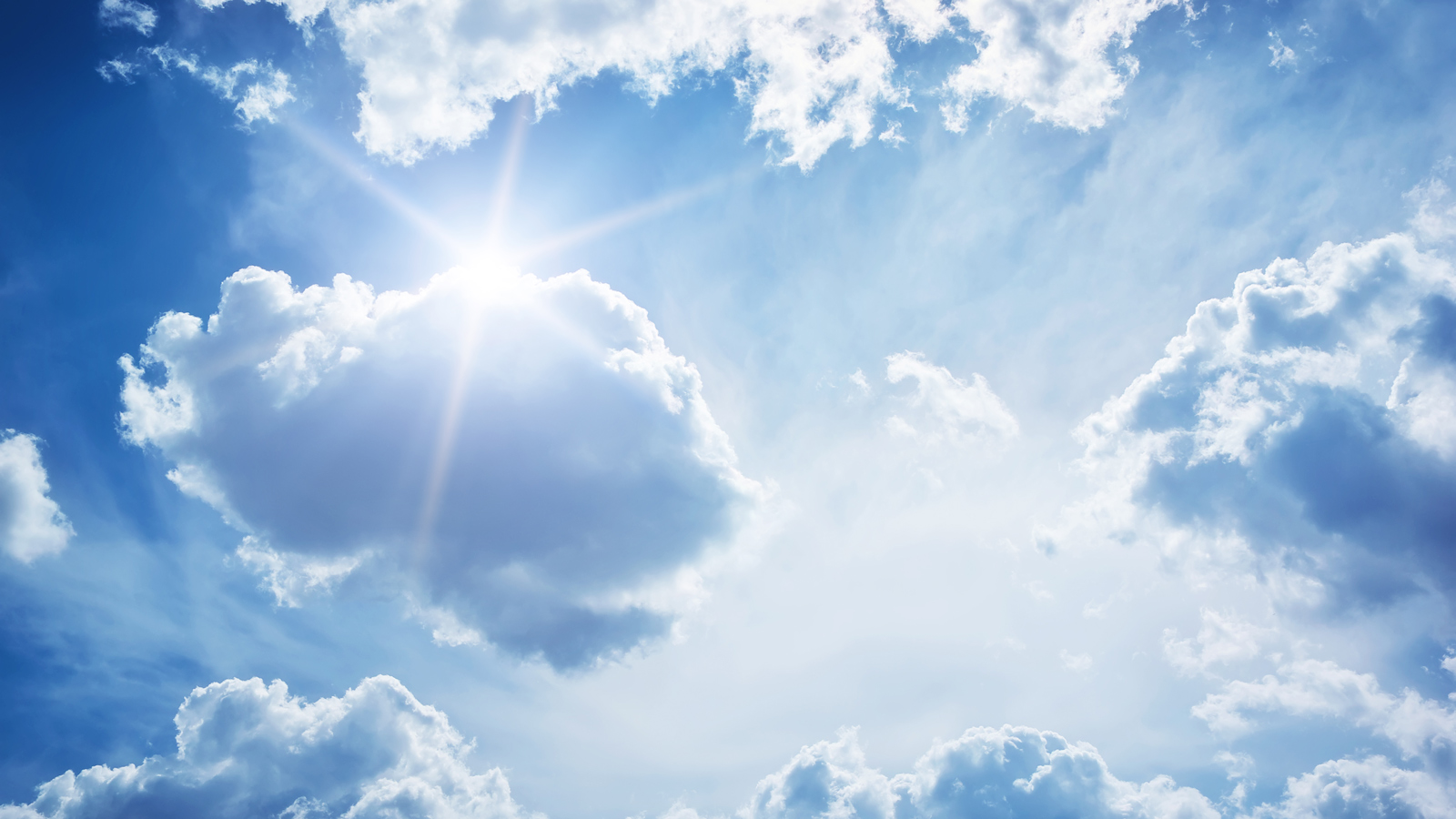 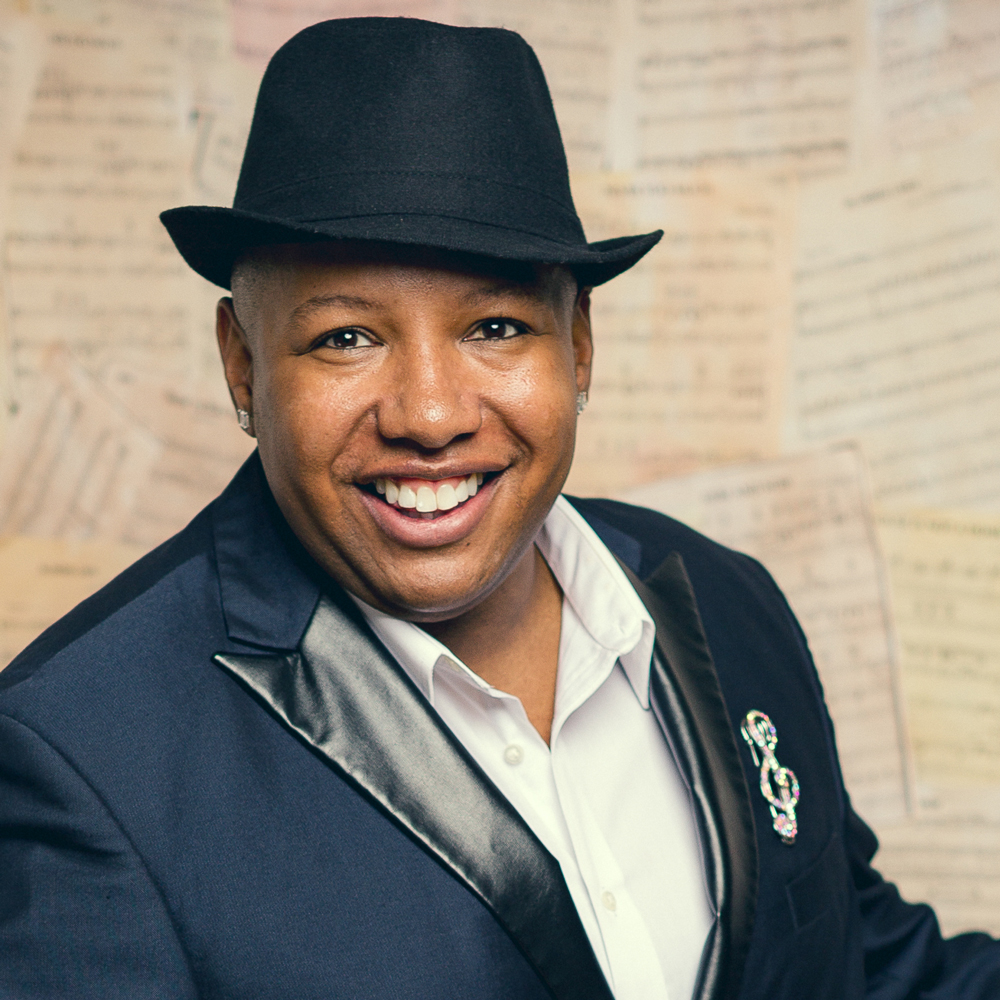 Jassen Allen is a dynamic and versatile performer who has entertained audiences both in Las Vegas and around the world.

From performing with the Department of Defense entertaining troops overseas?to singing alongside Tony award winner Billy Porter in the musical Dreamgirls. Jassen has created, starred and produced an original show entitled With Love?Luther Vandross and Friends?The Ultimate Tribute Show.

He has also become a sought after background vocalist, singing behind recording artists Michael Grimm, Debbie Gibson, Rosanne Cash, Mary Wilson of The Supremes, and the legendary Barbra Streisand. Jassen is also a headlining performer on various cruise lines. Currently he is a cast member at the Mayfair Supper Club inside the Bellagio. He co-produces, sings and co-hosts Mondays Dark, a bi-weekly Las Vegas event that raises 10k for local charities. 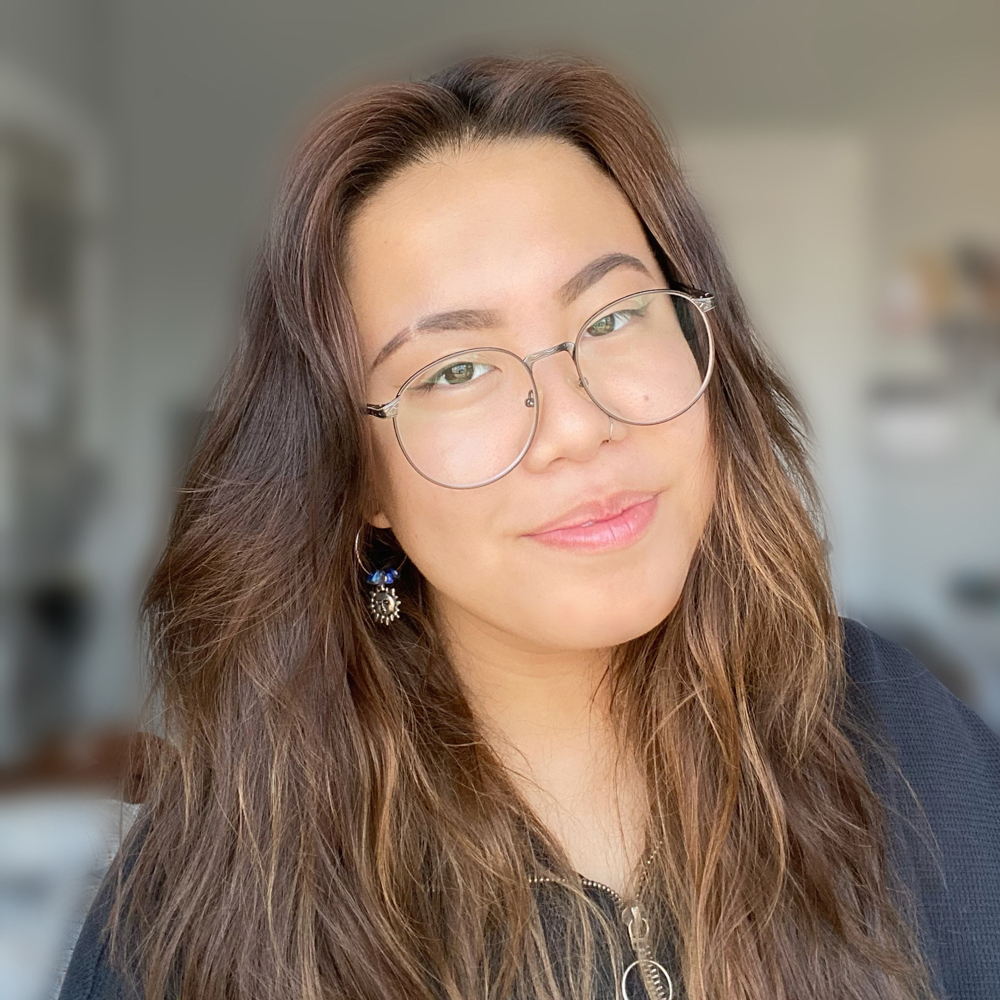 Breanna is an alumna from the top choir of Las Vegas Academy of Arts, class of 2021. She has been singing since she was two years old. Blessed with multiple opportunities, Breanna has performed as a soloist and with an ensemble in a variety of venues.

She majored in vocal at LVA and was Vice-President of the top choir "Academy Singers" her senior year, all the while being active in Vocal Jazz and Opera Workshop.

When she was 10, she had her first encounter with a big stadium at Thomas & Mack, opening for the NBA with the National Anthem and this was followed by multiple games for the WNBA LV ACES. She has also been invited to sing at benefits, 9/11 and 1 October commemorative ceremonies, football games, foodiefests (locally and out of state), and blood drives. Breanna has had the pleasure of singing at the welcoming rally for Manny Pacquiao and Floyd Mayweather fight in 2015 at the age of 11. She has graced the Smith's Center stage as a solo artist and with the school choir on different occasions. She has performed at Mandalay Bay, Sam's Town, Orleans, and Gold Coast to mention a few.

Showcasing her gift for singing, Breanna has won multiple school talent shows and performed at nationwide school functions, party events, including weddings and holidays, blood drives, and televised appearances. She has learned to play the ukulele and dabbled in song writing.

Sharing positivity during last year's pandemic, Breanna met and collaborated with other singers from across the globe, singing different genres of songs in TikTok and has been recognized by many; a truly humbling experience no doubt.

She is currently a Freshman studying Pre-Nursing at the University of Reno, Nevada and working part-time, while still performing at the local Laughing Planet and Improvisational Jazz Club. Breanna is a force to be reckoned with. 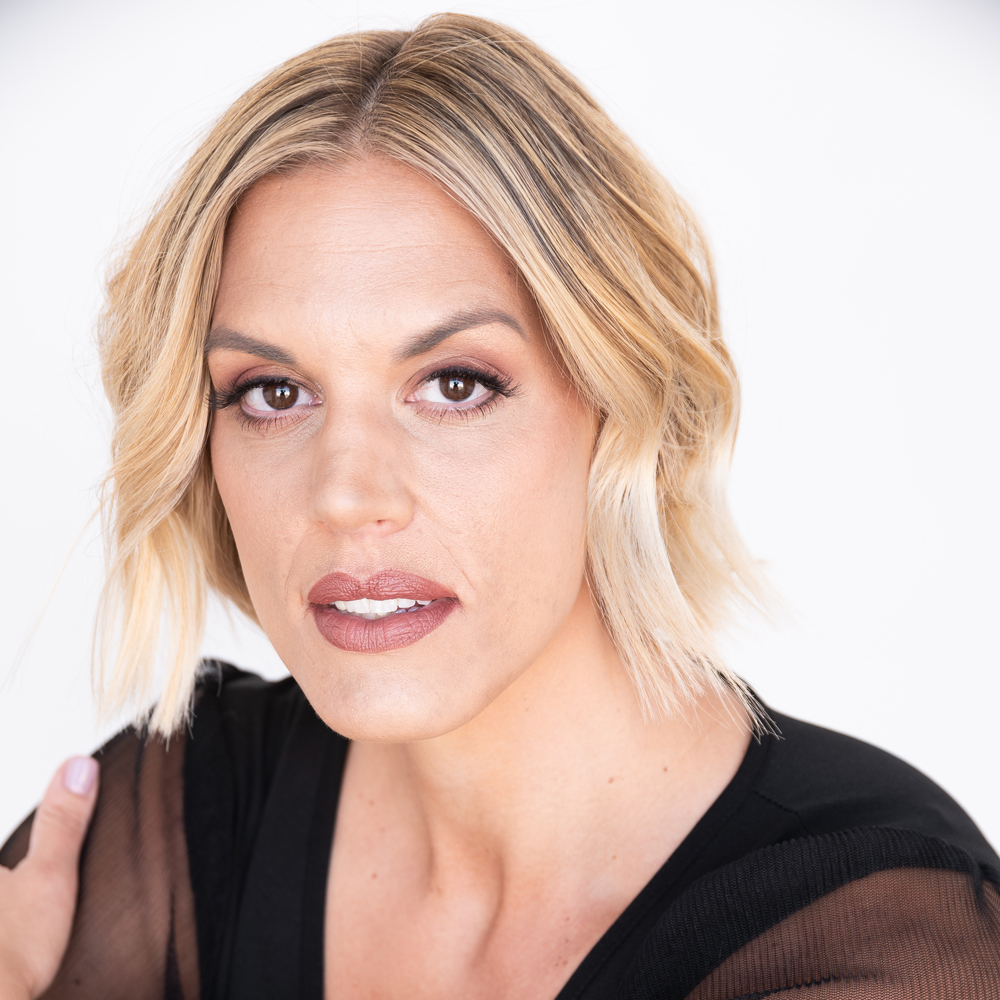 Originally hailing from Southern California, Ashley had the distinct honor of crossing the country to sing at the world-renowned Carnegie Hall with the acclaimed choir, Allegro - all at the age of 14!! That performance has been her driving force! Having an extensive background in Musical Theatre, and playing leading roles in Les Miserables, Damn Yankees, Footloose, and Guys and Dolls, Ashley had the foundation of showmanship, work ethic, and dedication instilled in her. Ashley has sung and danced in production shows from Las Vegas, Los Angeles, as well as Internationally. One of her favorite and bittersweet moments was when she closed out the final cast of Don Arden's Jubilee! at Ballys Hotel and Casino in Las Vegas as the Lead Vocalist. Currently, you can catch Ashley in Spiegelworld's Opium showing nightly in Las Vegas at the Cosmopolitan, as well as Brunch to Broadway singing alongside Tony nominees Bob Torti, Delee Delively-Torti, and Broadway veteran Eric Jordan Young.

Ashley had the privilege of opening up for Celine Dione recently at a highly confidential private event where Celine belted out her biggest hits and told some stories from her career. In between the numerous weddings and corporate events, Ashley is one of the Co-owners of The Amelia Earhart estate and is in current works with "Amelia"- a Musical detailing the life and works of Amelia Earhart. 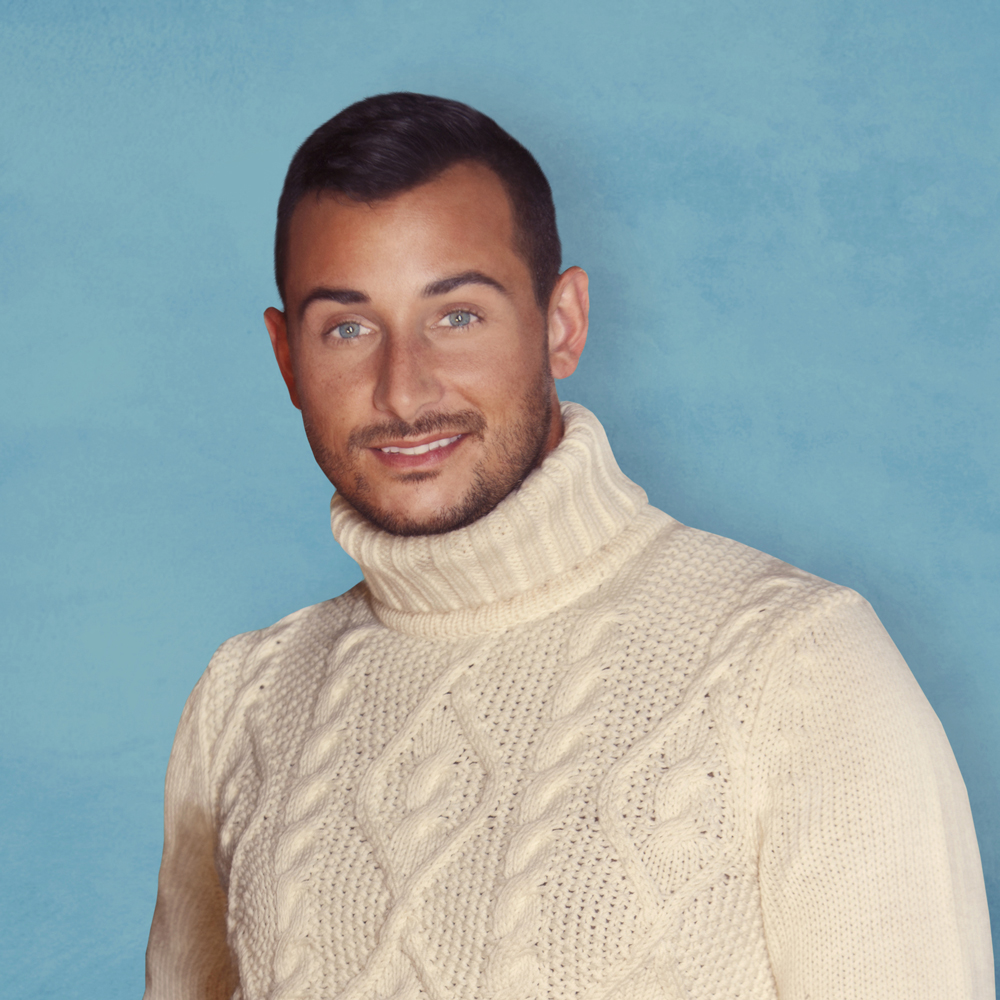 At just 17 years of age, Lou Gazzara surpassed over 70,000 hopefuls to become one of the youngest contestants to make the televised finals of American Idol. Las Vegas headliner and 3 time Broadway World nominee, Lou uses five octave vocal range and a wide array of tones and inflections to pay tribute to some of the greatest hits of all time. From Frank Sinatra, Sammy Davis, Pavarotti, Elvis Presley, James Brown, Frankie Vally and the Four Seasons, and more in this one man sin city spectacular! A show not to be missed! 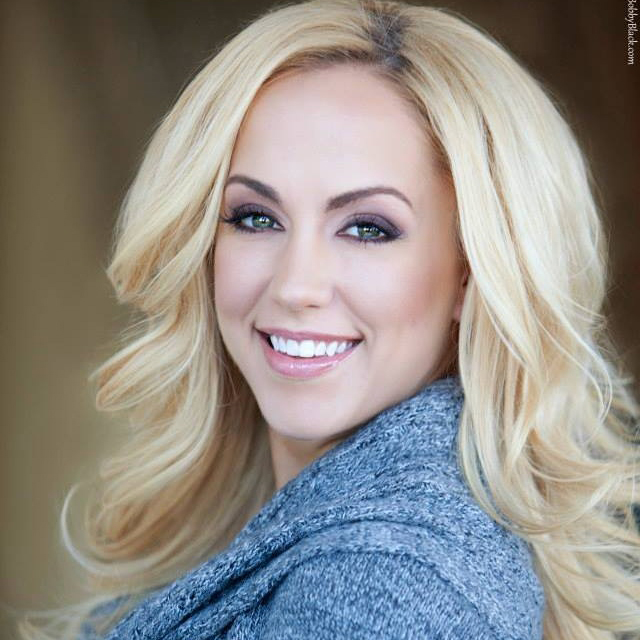 Savannah Smith hails from none other than Dallas, Texas and performed there for most of her young life. Her Mother, Father and Brother, also musicians provided her with a safe place to hone and sharpen her craft from a very young age. They encouraged her to pursue her career in music and theatre in her collegiate career. She received her masters degree in performance right here in Vegas at UNLV. She has also spent time performing right up the road in the golden state California at Sacramento music circus where she received her equity card and was the youngest member of the company at the time. Right now you can catch her as the principle swing female singer in "Vegas! The Show!" She was recently nominated for best lead female actress in a musical in Broadway world. She also performs in other various shows and bands around the neon city including BBR, the Moonshiners, Gods and Monsters, The Janes and The Sound Collage. She recently took on a teaching position at the School of Rock in Green Valley for voice and was also recently cast as a principle singer in a new show premiering at planet Hollywood, Piano Man. 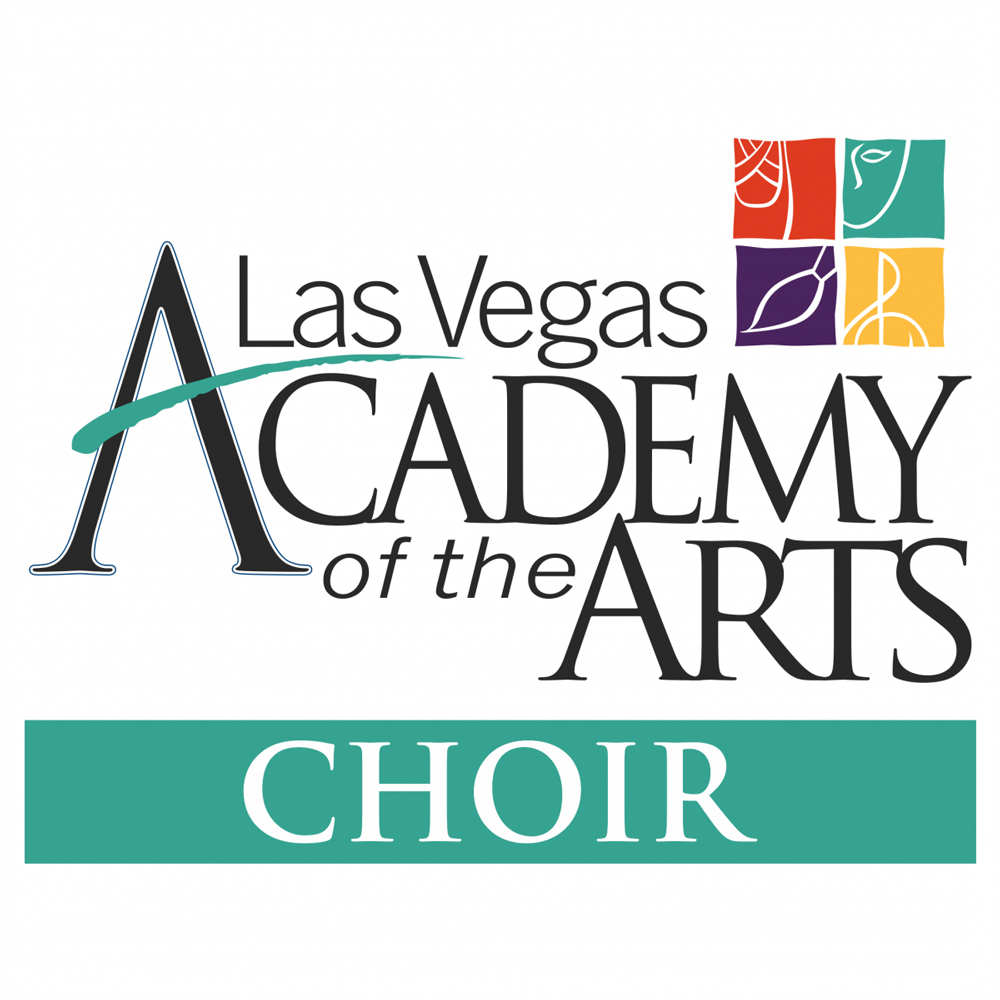 The Las Vegas Academy of the Arts, situated in the heart of downtown Las Vegas, is comprised of approximately 1700 students. The Academy is an arts magnet school for the Clark County School District including programs in music, theater, visual arts, and dance.

The Academy is the only school in Nevada to be named a 2002 Blue Ribbon School by the US Department of Education. Additionally, the Academy is one of 15 schools nationwide to also be named a New American High School. It is one of the top schools in the United States for academic excellence and innovation. The Academy has received a record twelve GRAMMY Awards with eight being GRAMMY Signature "Gold" Awards for excellence in music programs. The International Network of Performing and Visual Arts recognized The Las Vegas Academy as a "STAR" school.

The Las Vegas Academy music department, consisting of over 900 students, is proud to offer major courses in band, orchestra, vocal music, guitar, jazz, mariachi, and piano. In addition, we have an elective curriculum in music theory, music technology, opera workshop, vocal jazz, acapella, handbells, philharmonic orchestra, world music studies, and chamber music. Performing ensembles from the Las Vegas Academy have been invited to perform and some of the most prestigious national and international music festivals and clinics. The Academy also has a nationally and internationally recognized vocal department comprised of 250 vocal majors, six choral ensembles, four vocal jazz/acappella ensembles and an opera workshop.