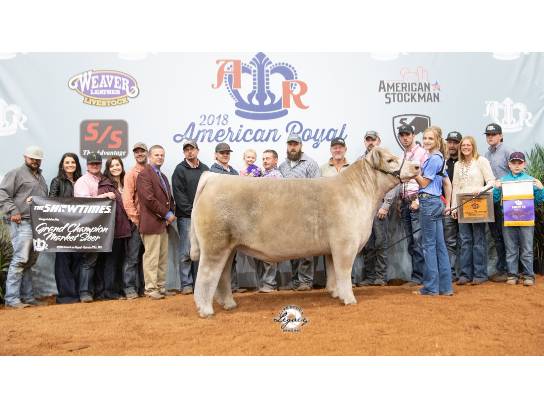 Here I Am x Hellbusch/Mimms Donor 180

This cow creates big hits. She is a home run hitter. A powerhouse on the hoof and on the tanbark. Nine awesome embryos sell from here (3 lots) with some new combinations.

She is the $110,000-valued dam of Julia Frye's 2018 American Royal Grand Champion Steer by Here I Am - that calf was also Grand at Sioux Falls and the Kansas Beef Expo plus Reserve Grand Prospect at the National Western. Sons by Here I Am have fetched as much as $69,500 as baby calves as this cow has totaled over $625,000 in progeny sales alone.

Another son by Here I Am was Third Overall of the 2020 Kansas State Fair and the 2021 Mimms Calf Sale featured a daughter by Here I Am that brought $18,000 from the second pen.

Donor 180 is a total knockout with Monopoly as well. That combination has produced a $56,000 baby calf plus the Grand Champion Steer of the Arizona National. Two different daughters by Monopoly were selected as the Champion Market Heifers at the 2015 Missouri State Fair and the prestigious Ak-Sar-Ben in 2016. These are not easy shows to win.