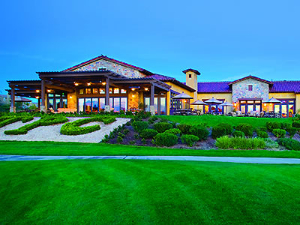 Includes one round of golf (one foursome) and two (2) golf cart rentals at the Tournament Players Club in Valenica, CA. Valid Tuesday-Friday anytime and Saturday-Sunday after 11:00 am. Expires 1/12/15. Generously Donated By: The Kirschner Group. Fair Market Value: $500