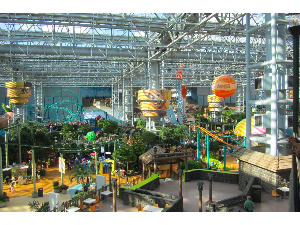 This vacation package includes four (4) days, three (3) nights at the Mall of America Raddison Blu hotel. Plus round trip flights for two (2) and a $400 gift card to Mall of America. Generously Donated By: Scruples Professional Salon Products. Fair Market Value: $2,500