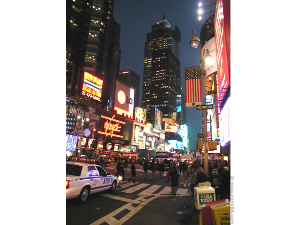 Round trip flight for two to New York City up to $1,000, two (2) tickets to a Broadway show of your choice (based upon availability) and two-night stay at a New York City hotel (not including incidentals). Generously Donated By: L'Oreal. Fair Market Value: $2,500