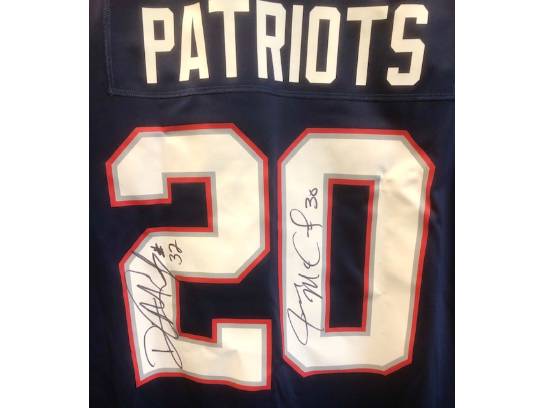 Long-time twin brothers Devin and Jason McCourty were one of only 13 sets of twins in NFL history and one in four active sets of twins that currently play in the NFL.

After years of playing for the same team, the New England Patriots, the brothers faced each other in the season opener on opposing teams.

Scoop up this now rare find to have the McCourty brothers signing both Patriots numbers on an official NE Patriots jersey #30 and #32 together.