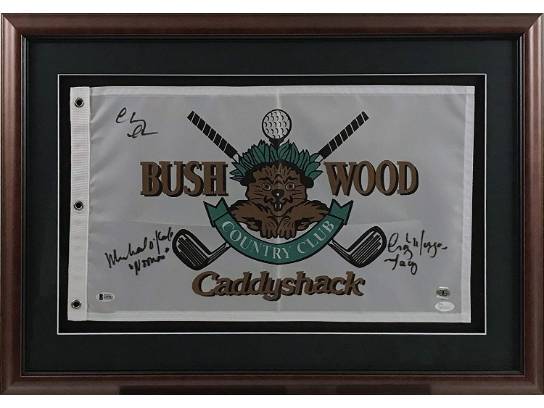 Caddyshack is a 1980 American comedy film directed by Harold Ramis and written by Brian Doyle-Murray, Ramis, and Douglas Kenney. It stars Michael O'Keefe, Chevy Chase, Rodney Dangerfield, Ted Knight, Cindy Morgan and Bill Murray. Doyle-Murray also has a supporting role. The film was dedicated to producer Douglas Kenney, who died shortly after the film's release. This item comes with a Certificate of Authenticity.