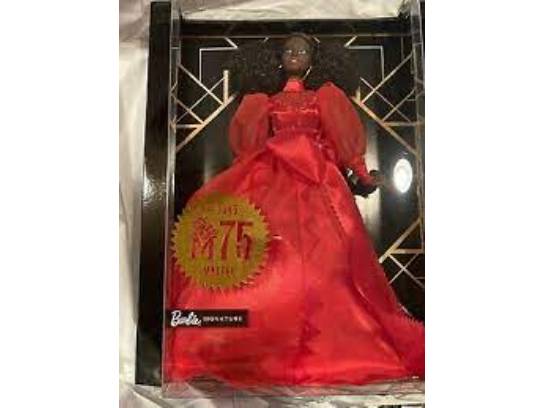 Barbie doll is stunning as she glamorously celebrates Mattel's 75th anniversary. Dressed in a flowing, red chiffon gown with an intricate serrated trim throughout, Barbie doll embodies the iconic Mattel logo, which debuted in 1955. The logo continued to evolve as the company became an industry leader and used the power of play to spark imaginations around the world. Honoring a rich history and a bright future, Barbie wows as she pays homage to Mattel's 75 years of wonder and creativity. Includes doll stand and Certificate of Authenticity.