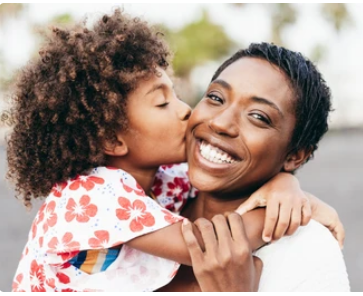 I attended an event recently, where I met representatives of C2Adopt. Right away I was drawn to the mission of the organization. C2Adopt is helping transform the lives of children and families in Virginia with their unique approach to foster and adoption care. Fast forward several months later, here I sit on the board serving the community that has always pulled on my heart-strings.

One weekend I buried myself under the covers, reading profile after profile of the many children who sit patiently waiting for "their day". The day when the right family walks through the door and tells them those special words... "Gather your things, you're going home with us - today is your day!".

There was one story in particular that resulted in me releasing the papers, grabbing countless tissues from my tissue box and sobbing for a long period of time. It was the story of Tracey. Tracey was adopted at birth and had a stable home until she turned 12. Tracey recounts her adoptive mother one day deciding to give her back (as if she was returnable merchandise) because she was a handful. Although Tracey admits she hasn't always been the "perfect" kid she now wishes she had been good. She wanted to prove to her mother that she could be good but after her mother pleaded with the court system she was whisked away into foster care.

Tracey's story makes me think about all of my friends and family members who have or are raising kids. There's not one person that I can think of who hasn't butt heads with their children at one point in time. I think about my own daughter's story where she and I both almost died during her birth which resulted in a very tough time of trying to connect with one another. Through all of the many trials and tribulations we've faced, I've never pondered the idea of returning my own, now 12 year old. I had never come across a story like Tracey's where she was picked and then returned. I often say, "Children don't come with a handbook" and Tracey is no different.

My mom often reminds me of a special card she received from me when I was a kid. She recalls the words from the card reading "If I didn't have a mother, I'd want her to be you". All children in foster care deserve that feeling. The feeling of acceptance and love.

I ask that if Tracey's story has moved you like it did me, please consider donating to the mission of C2Adopt and give children an opportunity to have someone of their own to create home-made cards with or bake chocolate chips cookies with or someone who chooses them and loves them in spite of what challenges they may bring. Everyone deserves the gift of family!... including Tracey!