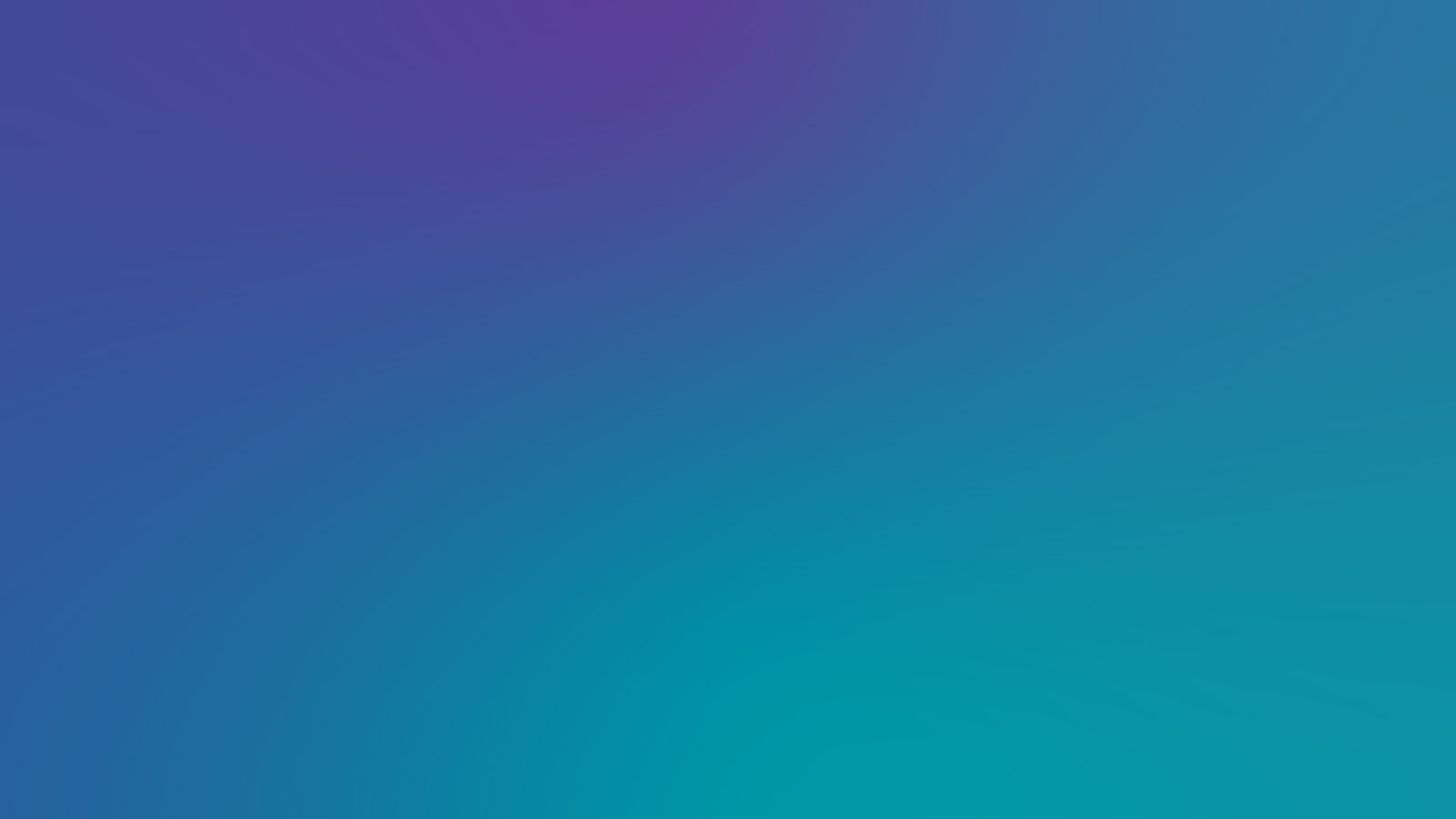 No results were found.

An ingeniously organized book where, for a change, the all-time Jeopardy! champ gets to ask the questions-and where every day of the year will give you the chance to test your trivia mettle.

In this ultimate book for trivia buffs and other assorted know-it-alls, the 365 entries feature "This Day in History" factoids, trivia quizzes, and questions categorized by Jennings as "Easy," "Hard," and "Yeah, Good Luck." Topics cover every subject under the sun, from paleontology to mixology, sports feats to Bach suites, medieval popes to daytime soaps. This addictive gathering of facts, oddities, devilishly clever quizzes, and other flights of fancy will make each day a fun and intriguing new challenge.

For example-February 21: In 1912, on this day, Teddy Roosevelt coined the political phrase "hat in the ring," so Ken Jennings fires off a series of "ring" questions. What two NFL quarterbacks have four Super Bowl rings each?* What rings are divided by the Cassini Division?** Also on this date, in 1981, the "goth" music scene was born in London, so here's a quiz on black-clad icons like Darth Vader, Johnny Cash, and Zorro. Do you know the secret identities of Ivanhoe's Black Knight*** or Men in Black's Agent M****?

Trivial Pursuit - Decades (2010 to 2020)
Put all that streaming, scrolling, and sharing to the test with questions about bingeworthy shows, chart-topping hits, major headlines, hilarious memes, and more from 2010 to 2020. Think you're the GOAT when it comes to 2010s pop culture quiz games? Here's your chance to prove it!

The Trivial Pursuit Decades 2010 to 2020 board game features pop culture trivia questions from 6 categories, including Playlist, Bingeworthy, Culture, News Alert, Break the Internet, and Game On. Gather friends and family members for a fun night of trivia. Leave out the gameboard and play using cards only! The Trivial Pursuit Decades 2010 to 2020 game cards come in a convenient box to take on the go.

David Preston has been fascinated by motorcycles since he was given a ride at the age of fifteen, well over 55 years ago. After a first career as an English teacher he moved on to a position he created involving motorcycle dealership media, events management, advertising, customer relationships, rides, trips, events announcing, and the creation of newsletters, e-mails, and technical papers. He also hosted a call-in radio show on motorsports topics for three years. David retired for the second time in the late fall of 2013, allowing time for more writing.

For the past five decades he has published essays, stories, and even poetry in both car and motorcycle magazines. After retiring from education and entering the field of motorsports full time, he published Motorcycle 101, a common sense guide to motorcycling now out of print. Motorcycle 201 is an updated and improved version now available as one of his many books available as Kindle or other e-reader downloads from Amazon.com. Most are also available in paperback form. Mourning Ride was his first published novel, and has evolved into the series of "Harrison Thomas" novels. Identity Ride is the second of those, and Triathlon Ride the third. Farrier Ride is the fourth, and Victim Ride the fifth. Heart, Theory, and Practice is a collection of motorcycle and car-based essays and No Corner Left Unturned is a second collection of essays on motorcycle and automotive topics, as well as other random items of interest. Last, but first, Marcia, Marsha, Marczia is a teen lit romance and adventure novel set in the late 1980's and written a few years later.

2 tickets to Seattle chocolate tour of the factory and ten full size chocolate bars and a truffle pack.

Experience chocolate at the Seattle Chocolate factory and flagship store. Taste our signature, smooth chocolate recipes throughout your journey. Explore our chocolate-making machines and the start-to-finish creation of our truffles and bars from the vantage point of our hot pink walkway, raised nearly 10 feet high. Discover the history of chocolate, the untold stories of Seattle Chocolate Company, and learn how we invent new flavors. Plus, share some ideas of your own!

Kentucky- Oaky, smoky, and spicy. The dry, clean flavor is mellow and spice with rye, not hot in the throat. This 90-proof Kentucky bourbon delivers a wonderfully complex taste with hints of vanilla and honey and a long smoky finish.

Rep your favorite glutton-free vodka brand with a swag bag that can't be beat.

Issaquah Baker Sheri Dean will donate a cake/cupcake for your party needs.

Mexican restaurant and bar that focuses on traditional food, excellent drinks, and a relaxed + rustic atmosphere with plenty of outdoor seating. We have two locations, Pioneer Square + South Lake Union.

A four-night stay in a cozy cottage in Hansville, WA

Private Tour and Tasting of the Georgetown OOLA Distillery

The tour group can be up to 15 guests and the tour and tasting is a behind the scenes look at our production facility with a tasting of 3-4 items (generally). As per WSLCB regulations, we can pour up to two ounces of samples for a guest in a 24 hour period.

Join Special Olympic Gold Medalist Devon Adelman for a private paddle boarding lesson on Lake Washington. In this one hour lesson, you'll learn the fundamentals of stand up paddle boarding, the fastest growing watersport in the world. Best Buddies WA Champion, Devon Adelman will walk you step by step through this experience and help you fall in love with the sport! Boards, paddles, and life jackets provided.

Restrictions:
Location of lesson must take place at Laurelhurst Beach Club in Seattle Washington
Proficeny in swimming required
Lesson must take place within one year of purchase
All COVID -19 regulations, including wearing a face covering or mask, must be followed
Date and time will be arranged mututally by the awarded party and the Adelman family

Special Notes:
This item is not a physical product. Upon winning, a digital certificate will be emailed to you.

Treat yourself or a friend with a 25-count pack of delicious macarons and a $50 gift card for a later treat.

Experience the magic of macarons! Order online for nationwide shipping, local pickup, or local delivery. Our macarons are made fresh daily with monthly and seasonal rotating flavors.

Countdown to Christmas with the new Bonne Maman Limited Edition 2021 Advent Calendar! Back by popular demand, this beautifully illustrated holiday calendar features 24 doors that, when opened, reveals a special jar of Bonne Maman, each made with simple ingredients that delivers a homemade taste everyone will love.

Perfect as a gift or for your own family, the 2021 calendar sells out quickly so order yours now before they are gone.

You can find our breads at our bakery in Ballard as well as various neighborhood farmer's markets, restaurants, and grocery stores throughout the greater Puget Sound area.

Celebrate the upcoming holidays with this fun advent calendar for adults only!

This box comes with twenty four 375ml bottles (1/2 size of regular wine bottles) from around the world (so each half bottle is around $4).

Starting December 1, open a new bottle each day to discover a new wine from any one of the world's wine regions. Flying Blue Imports is dedicated to sharing the taste of the world's wine, without the added expense that normally comes with estate-bottled wines. Each bottle of wine is carefully selected from a renowned appellation to give you a taste of somewhere new.

Heads up football fans! This is an Alabama football signed by Nick Saban, the head coach of the University of Alabama's football team. He's won 7 National Championships. Some say he's the greatest college football coach of all time.

We're here to help gardeners, from beginners to our seasoned regulars. Being a partner to our neighbors as they make their spaces beautiful and unique is our promise to you.
- Brian Damron, President, Swansons Nursery

Autumn encourages all of us to get a bit cozy, and this package is the perfect opportunity to DIY that experience. Join Best Buddies Board Washington Champion, MaryKylie Cranford, for three hour-long virtual Zoom (or in-person within the greater Seattle area) beginner crochet lesson for up to two people. By the end of the one hour lesson, you will have completed the basic building block of many crochet projects, a granny square! We will learn the six basic crochet stitches, slip knot, chain stitch, single crochet, half double crochet, and double crochet.

Special Notes for Virtual Experiences:
All virtual experiences will be hosted on the Best Buddies Washington Zoom account.
Best Buddies staff will liaise between the auction item winner and the entity providing the Zoom call to schedule. All communication and scheduling will be managed through Best Buddies, and contact information will not be provided unless given explicit permission by the entity.

All experiences not arranged by January 1st, 2021 will be forfeited.

By Deja's Designs in Bainbridge Island

A pair of beautiful vases from Emily Rogers' collection - teak and pink colored -- and originally from The Glass Eye Studio in Olympia.

Voted Kirkland's favorite hair salon, Bombaii Cutters features a unique, fun environment, created by master stylists. When you're looking for the latest trending styles, our team of talented stylists are the ones to trust!

Stock the Bar
Live Item
A white vintage inspired bar cart with three tiers of the finest liquor, bar tools, mixers and gadgets to take your home bar to a new level
301
Preview

San Juan Island Getaway
Live Item
A two night stay at Saltwater Farm on San Juan Island, Dining gift card to Downriggers & The San Juan Brewery, plus a Gift Card to the Pebble Shop. Wait there is more two tickets on to whale watch in the Salish Sea on the SS Odyssey.
308
Preview

Everyone is a winner at the Wine Pull! It's $25 to play. You pick a box, inside there's a
bottle of wine. We have some bottles valued from $20 to $150. There is a limited supply, so, get in on the wine pull now.