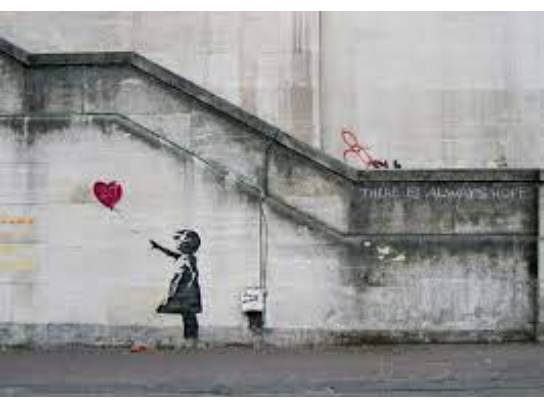 Banksy, whose identity remains a mystery, is considered one of the world's top political artists. In 2010, Time Magazine selected the British artist for its list of the world's 100 Most Influential People, joining the company of Barack Obama, Steve Jobs and Lady Gaga. Over the years, Banksy has carried out a considerable number of pranks. One of the biggest stories in the art world recently was Banksy having his Girl with Balloon painting go through the shredder just moments after the work was sold for nearly $1.4 million at auction. This secret exhibition location in the West Loop willl not be announced until right before its opening in Chicago.

The package includes two tickets and a poster to the Saturday, August 28 show at noon with a two-hour flex time back or forth. Also included is a $50 gift certificate to Cira located in the Hoxton Hotel to enjoy before or after the show.

Donated By Friend of Maryville and Boka Restaurant Group