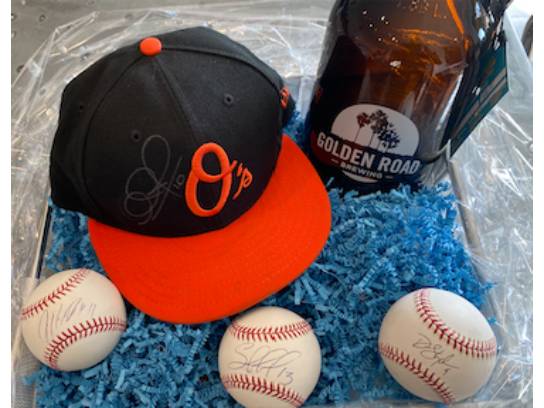 3 Baseballs and a Cap, all signed by baseball legends.

+ José Ramirez Signed Baseball (José Enrique Ramírez is a Dominican professional baseball third baseman for the Cleveland Indians of Major League Baseball. He signed with the Indians as an amateur free agent on November 26, 2009, and made his MLB debut on September 1, 2013.)

+ Adam Jones Signed Baltimore Orioles Hat (Adam LaMarque Jones is an American professional baseball outfielder for the Orix Buffaloes of Nippon Professional Baseball. He has played in Major League Baseball for the Seattle Mariners, Baltimore Orioles and Arizona Diamondbacks. The Mariners selected Jones in the first round of the 2003 MLB draft)