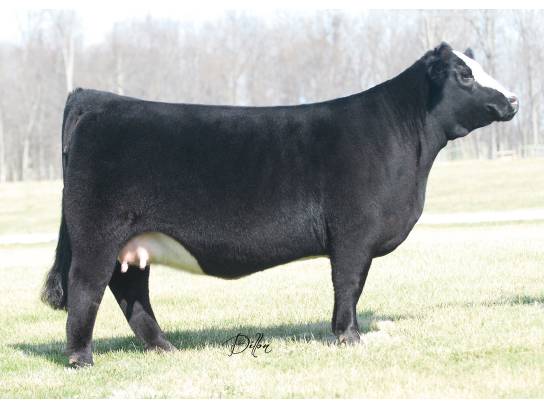 HEIFER EMBRYOS. From Miley 2034C (aka The Bear), this is a certain profit package from another of our best! The Bear was a big winner for us in 2016-2017 winning Grand Champion of the Dixie National, Reserve Champion of the Indiana State Fair Junior Show, and a Reserve Division Championship in Louisville. Her first calf was a $40,000 daughter of Jacked Up that was selected as Reserve Champion Simmental of the 2017 Hoosier Beef Congress in her first time out for Camryn Clapp, IN. A son by Style was the $11,250 second-top-seller of our 2020 bull sale and another son, STCC Bear Claw, won the 2021 Dixie National and sold for $20,000 to Circle T Farms, TN; his first semen sells here!