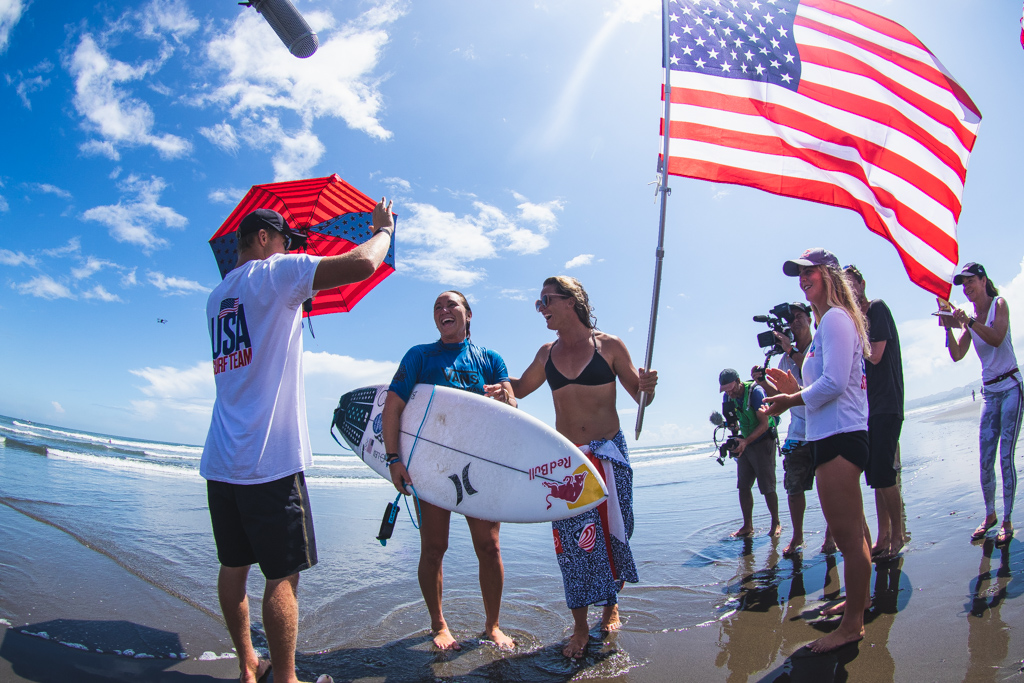 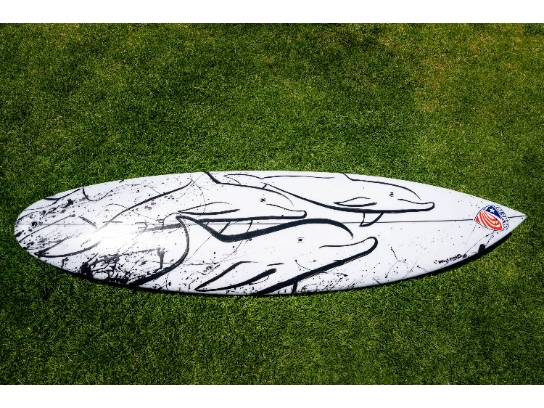 This T. Patterson-shaped surfboard made exclusively for USA Surfing was painted on the deck with a three-dolphin design by the artist Wyland in a style reminiscent of Japanese Sumi-e art and signed on the bottom by one of four members of USA Surfing's first Olympic team and four-time WSL world champion, Carissa Moore.

The title of the work is, "Higher, Faster, Stronger" in honor of the Olympic motto. The board was created to commemorate the sport of surfing's first appearance in the Olympic Games, in Tokyo 2020 (postponed and now set to kick off in July 2021). The board was painted and signed on the North Shore of Oahu in January 2021.

Note: This is one of two boards created for this occasion. The second board features an octopus design. Bids are being taken on this second board separately.