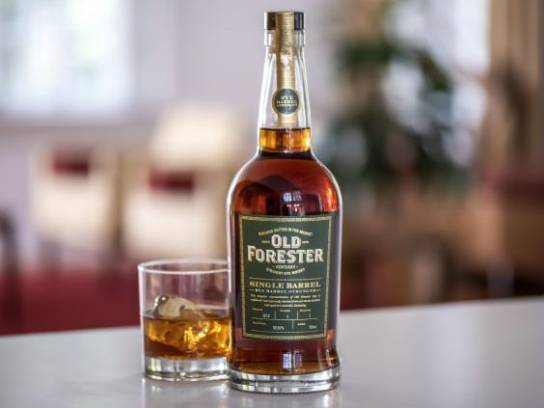 Old Forester Rye Single Barrel, released in June 2021, is the second rye whiskey released by the Kentucky brand, which is the oldest in Brown-Forman's catalog and has a storied history. In 2019, Old Forester added a rye to the lineup of bourbons, the first new recipe from Old Forester in nearly 150 years. It quickly became a favorite for bartenders and for consumers. But fans wanted more. So this version came out at barrel-strength, with a dessert-forward nose of creamy vanilla and lemon custard, caramel and dark brown sugar, with a taste of ripe orchard fruit, subtle cinnamon stick, dried dill and hazelnut. The finish is long and spicy, with notes of black pepper and green anisette.