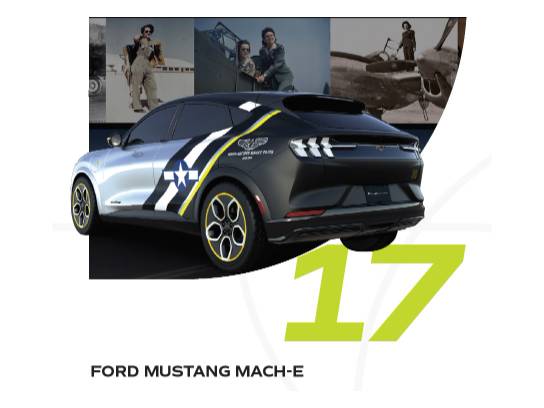 They were called WASP - Women Airforce Service Pilots - and they were part of a historic experiment. During World War II, more than 1,000 volunteers left behind homes, jobs, and schooling to become the first American women to fly combat aircraft.

The WASP flew 60 million miles in all types of military aircraft, including high- performance pursuit aircraft, such as the P-51 Mustang, and large four-engine B-17 and B-29 bombers. These women shattered the myth that women were less capable pilots than men and set the stage for women to explore new opportunities in aviation. The WASP helped open the door for women in aviation, inspiring successive generations to proudly and honorably serve the United States. To honor these courageous women, Ford has designed an exclusive WASP-themed 2021 Mustang Mach-E.

Built from all the passion of its iconic heritage, Mustang Mach-E is the new shape of freedom. Get ready for 0-60 thrills, expansive range, zero vehicle emissions, and more, making it the 2021 North American Utility Vehicle of the Year.