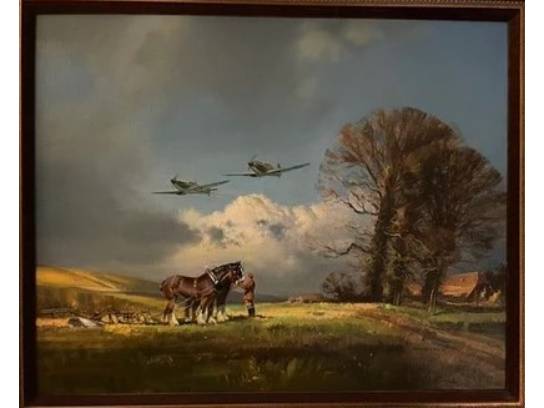 Frank Wooton was the official war artist to the R.A.F. and Royal Canadian Air Force. Thus, between 1939 and 1945, Wootton painted the conflict from the front lines of France to remote airstrips in Southeast Asia. His aerial scenes brilliantly recreated the threat of enemy fire, the split-second maneuvers of fighter planes and the triumph of victory.

This beautiful framed piece captures a World War II scene depicting a ploughman with two spitfires overhead. Signed by the artist, this is a limited edition (286/650) and measures 28 inches x 31 inches.