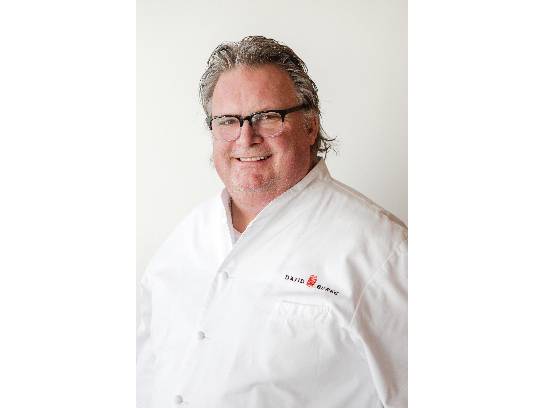 Enjoy dinner and a "round of golf" at the most exciting restaurant venture to swing into Morristown since George Washington came to town - :"1776 by David Burke" featuring Topgolf Swing Suite!

Opening this summer on the Green, four to six people can delight in celebrity chef David Burke's delectable modern American cooking and cocktails while immersing themselves in a fun-for-all, no-experience needed, simulated golf and sports experience at this new "eatertainment" venue.

Winner will receive a $250 gift certificate for food and drink to be used at 1776 by David Burke and an hour for four to six guests in the Topgolf Swing Suite ($70 value).

Other international awards include, among others, Japan's Nippon Award for Excellence, the Robert Mondavi Award of Excellence, a James Beard Award, and guest appearances on TV's Top Chef. The pandemic's lockdowns sparked his creative genius, launching Burke's hilarious and informative video cooking demos with "Lefto", a puppet with an uncanny resemblance to Burke. He also started a virtual online cooking demo program, "CookinDB," now used as employee incentive programs by Fortune 500 companies.

And, while 30% of restaurants closed nationwide, Burke opened four new restaurants including his masterpiece, Orchard Park by David Burke, his first-ever complete build-out project. His 1776 by David Burke will open at Morristown's Topgolf Swing Suite in 2021. Author of two cookbooks, Burke is also a philanthropist, establishing #FeedtheHeroes, a program that donated 100,000 meals to front-line workers and charities.