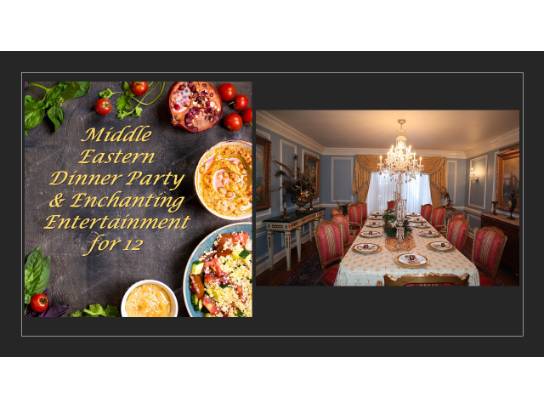 The President of the Akron General Women's Board, Rima Muakkassa, and her husband Farid welcome you to an unforgettable Middle Eastern Fine Dining experience for 12 people, with enchanting entertainment at their beautiful home.

Flexible date to be arranged with host.