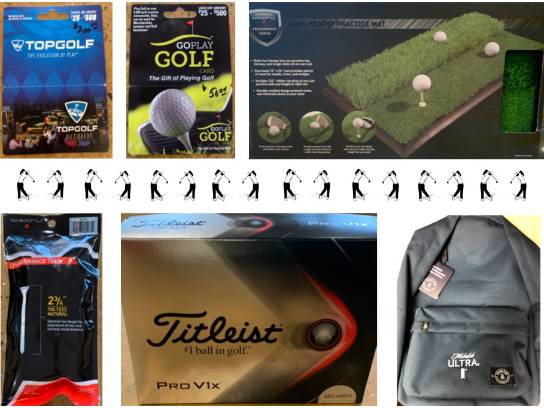 Donated by Top Golf, Golf Galaxy and House of LaRose