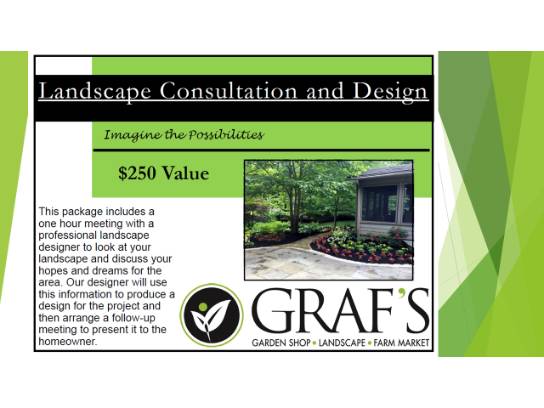 Package includes a 1 hour meeting with a professional landscape designer to discuss your landscaping needs which includes a design for your project to be presented to the homeowner.