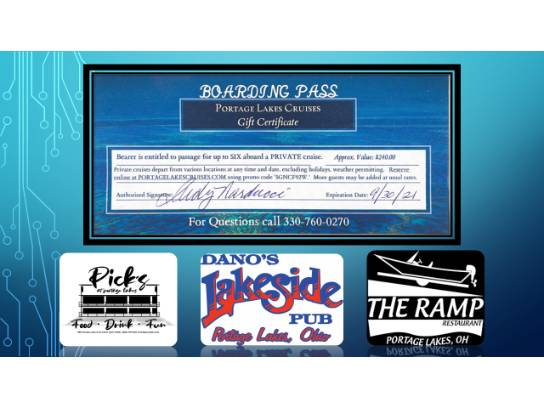 Enjoy a private 2 hour cruise on the PLX for up to six people on Portage Lake.

The cruise leaves from the Picks in the Portage Lakes.

Included is a $250 Gift Certificate to Picks in Portage Lakes which can be used for lunch or dinner before or after the cruise or can be redeemed for Kayak/Paddle boat rentals.