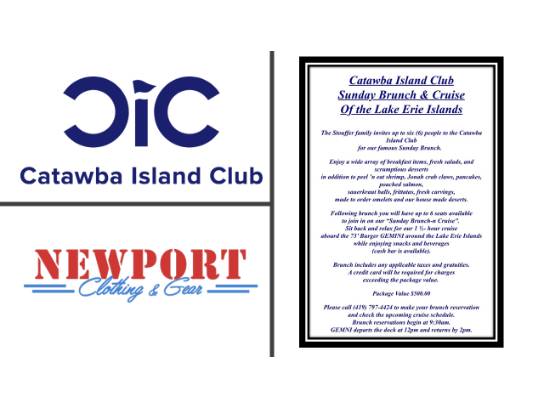 The Stouffer family invites up to 6 people to the beautiful Catawba Island Club for their famous Sunday Brunch.

Following Brunch you will have up to 6 seats available to join in our "Sunday Brunch-n-Cruise" aboard the 75' GEMINI around the Lake Erie Islands.