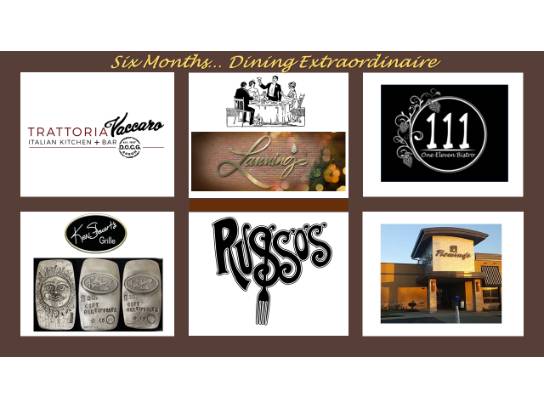 Enjoy dining at six top restaurants- $100 value for each includes: