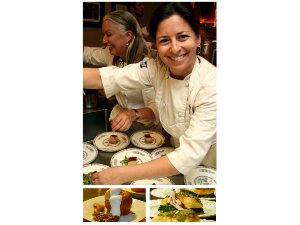 Professionally trained personal chef, Rachel Winpar, will prepare and serve a 3-course dinner for 4 in your home. Wine and beverages not included. Dinner to be arranged on a mutually agreeable date. Expires 5/10/15.