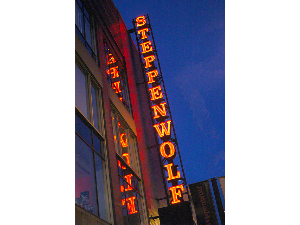 Two tickets to any 2013-14 performance at Steppenwolf and a $100 gift card to the Grill on the Alley! Tickets are good for any Tuesday, Wednesday, Thursday, or Sunday evening performance. Voucher must be used during previews through fifth week of show run.