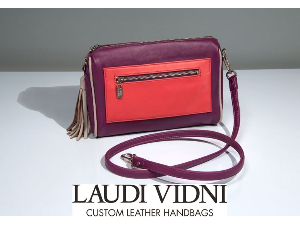 A $250 gift card to Laudi Vidni!
Build your own luxury Italian leather purse or handbag!