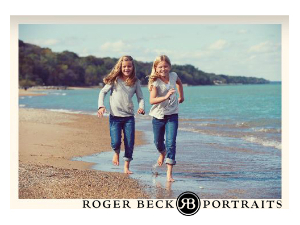 One hour portrait session at any beach from Lake Forest to Chicago. Choose 10 of your favorite photos from the session for a custom designed 5x7 photo book. Includes one hour personal viewing. Non-transferable. Expires 11/30/14.