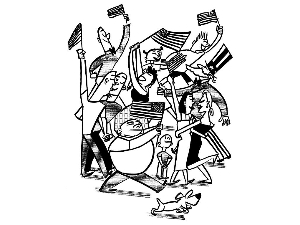 Illustration celebrating the end of DOMA! As seen in the New Yorker "Talk of the Town" Autographed print by Tom Bachtell