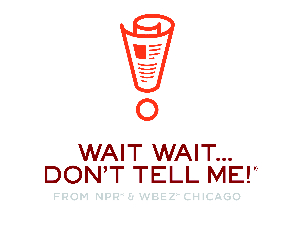 2 VIP tickets to a live taping of Wait Wait?Don't Tell Me!

Join the fun at a live taping of Wait Wait? Don't Tell Me. You and your guest will be escorted to your front row seats by house manager extraordinaire Don Hall. Tickets must be used during the September 1, 2014 and December 31st, 2014 timeframe only.