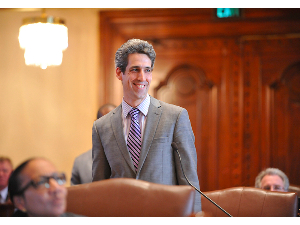 Lunch with esteemed State Senator Daniel Biss! To be scheduled on a mutually agreeable date.