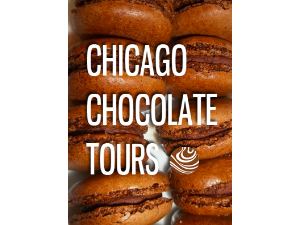 The Sweetest Tour in Chicago!

For Two! Take a fun and informative guided tour of select chocolate shops, bakeries, and cafes, from secret treasures to famous favorites.
public tour, based on availability.