Have you seen our new website?Check it out! Do you wonder who performs with the ECSO?Meet our musicians 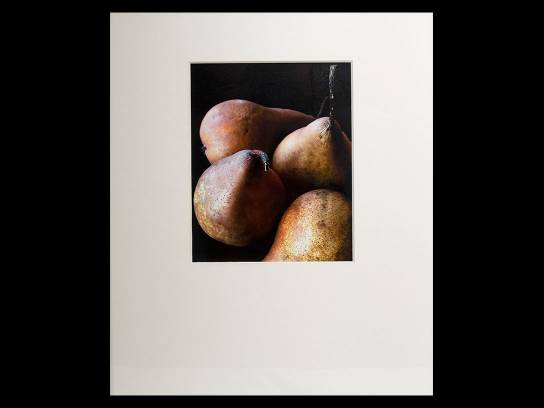 This Renaissance still life features a grouping of pears with incredible, deep shadows and highlights that emerge as depth and contrast take center stage.

The composition and dramatic lighting create a simple aesthetic. Warm tones of green, yellow and red stand out against the black backdrop. Pairs well with other works of art, to bring an added layer of dimension to your home design.

Markham Starr, is a documentary photographer primarily focused on the working cultures of New England. He has photographed and written a dozen books on such diverse subjects as commercial fishermen, dairy farmers, the United States Coast Guard Academy, and Connecticut's historic barns. His work has been featured in magazines such as LensWork, The Sun, Vermont Magazine, Rhode Island Monthly, Edible Rhody, and Yankee Magazine, and the photographs from his major projects have been selected for inclusion in the permanent collections of the Library of Congress.