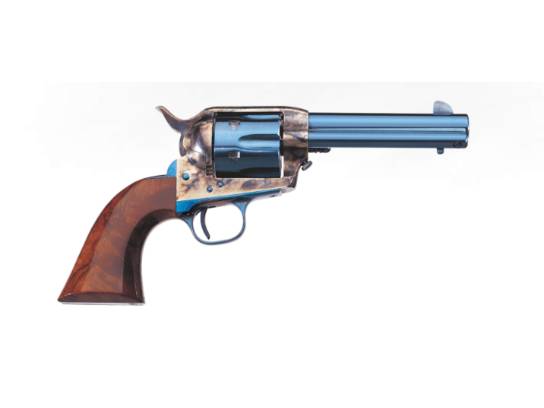 In 1873, Colt's single-action Army (SAA) revolver became the Army's standard sidearm. Cavalry troopers were armed with the new revolvers. Lawmen and outlaws alike were quick to adopt the handy new 6-shooter which earned the nickname "Peacemaker."

The single-action Army was most widely produced with a color case-hardened frame and blued barrel. Meanwhile, a nickel-plated version was issued to Indian scouts. And a bright charcoal blue finish was available from the factory. But with years of use, the old 6-guns took on a well-handled soft gray patina. All of these classic finishes are available in the 1873 Cattleman.

*Some listed items may not be legal in every state.